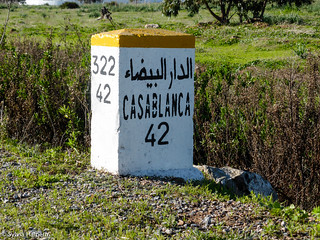 I really enjoyed Rabat and I'm finally feeling more comfortable about cycling through Morocco. Even though I've always wanted to cycle here, I was unusually nervous about it. My first night I met a German couple and they were very negative about Morocco. There was also an American bike touring couple who had been in Morocco for a month and they were very happy to leave. Neither of these couple said anything that had me worried but I wanted to read that people were inspired and having a good trip. Sometimes people just talk about the negative and speak this way about everywhere they have ever been. I have been in Morocco for 3 weeks and it's all been good. None of the negative things that I've read about has happened to me. Now that I've had such a good experience in the Capital I can relax more and look forward to the rest my tour here.

Martin has left Rabat riding to Fes to be with his family for the holidays and I am on my own again. Casablanca is very close and I decided to plot a course there. After 3 very enjoyable nights at the Capital Hotel, I was ready to move on and started riding along the medina in bright sunshine to take the coastal road south. Since Casablanca is the biggest city in Morocco I expected lots of traffic. It's possible this day's ride will be the most difficult with traffic and auto exhaust for my entire tour of Morocco. In Rabat, I found some construction dust masks and felt prepared. Once I got out of Rabat the road turned to farmland and there were lots of donkey pulled carts. The ride was actually quite enjoyable. 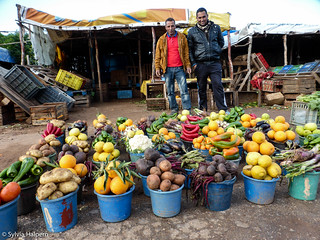 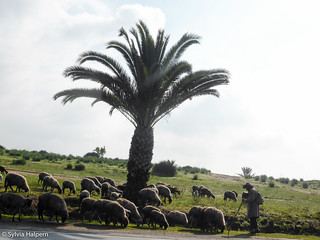 At one point, I came upon a group of cars that had pulled over and saw they were trying to prevent a flock of sheep from crossing the road. The shepherd was missing and these sheep were determined to get to the other side of the road. I took out my whistle, which is advertised as the world's loudest, and scared the flock back. Everyone in their cars was also startled and intently staring at me. I gave it a few more blows and the sheep ran farther into the field. When everyone saw how effective the whistle was they all clapped. I felt like I had saved the day and pedaled on feeling good to be helpful.

I stopped for lunch at a restaurant, which is a bit unusual for me, and had some fabulous fish tagine. The plate had lots of veggies and 2 big grilled fish for $7. The bottom of the plate had carrots that were almost burnt in a garlic herb sauce and stuck to the bottom of the clay dish. Delicious. There was so much food I took half to go. Back on the road, I passed some vegetable vendors. These veggies were so big, fresh and colorful I stopped to take a picture. One of the vendors came running over to give me a couple of oranges. So nice!

60 miles is a really big day for me. I can do it but will always look for a way to keep my mileage to a more manageable 35-40. There weren't any hotels along the way but I saw there was a campground just before the big town of Mohammedia and decided to check it out. L'Ocean Bleu is right on the ocean down a rough potholed unpaved road. It is completely surrounded by large condo developments under construction. There were lots of Europeans in campervans staying which I think is a good sign. I got a site with electricity for $6. Just as I unpacking, a donkey pulled cart loaded with oranges stopped at my site. How much? 5 dh for a kilo. Ok, I'll take some. The guy hands over a big bag and asks for 10 dh. What happened to 5 dh? He doesn't sell less than 2 kilos. Considering I already had oranges from earlier in the day and a few left from yesterday, I was now really loaded down. These oranges are so good I'll get through them. I can always hand some out to kids on the road tomorrow too.

The campground had a good hot shower and the wifi signal was strong enough I could be online from my tent. I tried to talk to other campers but everyone I met spoke French. The owner came over with a chair which made preparing my dinner of left over tagine more comfortable. Once the sun goes down the temperature drops quickly and in the winter the sun goes down by 6 pm. It always feels kind of lonely to camp alone and there really isn't anything to do. I crawled into my tent and sleeping bag early for a good night's rest.

There had been some wind overnight. Nothing that disturbed my sleep but it was enough to keep the tent clear of condensation. Love that! I was able to pack up quickly and rolled the trike over to the small cafe for coffee. I also plowed through a half dozen mandarins and was ready for my shorter ride into Casablanca.

The traffic really started to pick up today. Much of the route went through unattractive and stinky industrial areas. I was pulled over many times by car drivers wanting to take my picture. One guy had lived in Boston for many years. Hakim has 3 children that were all born in the US. He was very excited that I was traveling in his country and gave me his number to call for anything. So nice!

Even though the rest of the way into Casablanca was on a very busy coastal road I never felt crowded or unsafe. Everyone seems to get a real kick out of the trike. Following Lonely Planet's recommendation, I picked out a youth hostel in the medina. The hostel is very close to Rick's Cafe, the Hassan II mosque and I would be around other travellers. There weren't any single rooms available so I got checked into a woman's only 5 bed dorm. I was the first to check in but soon the room was full with a couple of young American students fresh from a semester abroad in Senegal, a Dutch woman in Casablanca studying Arabic and another very young traveller from Thailand. I hit it off with the American girls and we palled around the next day walking to the Hassan II mosque and farther to a lighthouse.

Later in the day I reconnected with a French cyclist, Daniel, who I originally met last year at a hotel in Antalya, Turkey. He recognized the trike sitting in the lobby and looked for me. Daniel had really helped me in Antalya finding a good bike shop. It was fun to see him again and since he is also heading south I will probably see him later on the road.

It was very interesting walking with woman who are more than half my age. They attract much more attention than I ever do, especially in the medina. Men would whisper seductively in their ear as they walked. Most of the time the girls couldn't understand what they were saying. Once, a guy whispered 'Fish and Chips' and another time the girls heard 'Coca Cola' which had us laughing in hysterics. We walked over to the very famous Rick's Cafe but it was closed. I took some pictures. The cafe appears to be a very fancy and expensive night club. Not exactly my kind of scene.

Even though Casablanca is a city of 6 million people, I really didn't find it attractive or particularly inviting. The hostel also wasn't great. The rooms all face a very large communal space which has a loud echo. It was very noisy especially at night. Lonely Planet had specifically pointed out that the showers were very hot. They weren't. I was lucky to get a luke warm shower because everyone else said the water was cold. The hostel also wasn't very clean. One of the girls in my room said her sheets smelled like chicken cutlets. I used my sleeping bag liner. They did offer a good breakfast which was included so I can't really complain about the price.

After 2 nights, I was ready to move on. 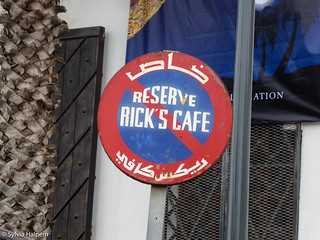 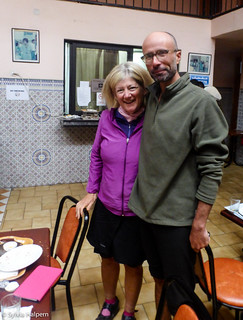 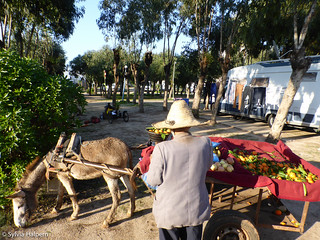 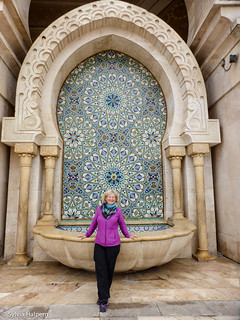 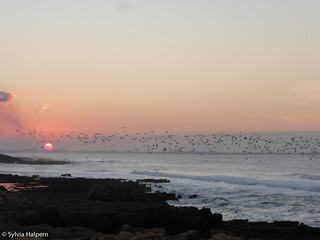 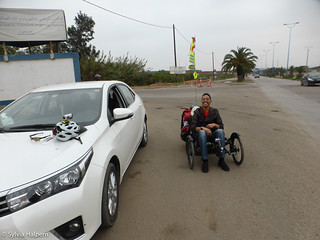 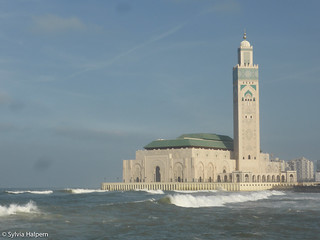 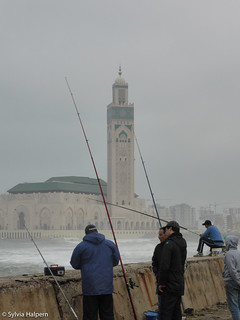